The article also mentions that the aging of the nation’s populace is another possible explanation, as Legionnaires Disease typically affects older people, whose immune systems are more likely to be compromised.  The ‘aging plumbing infrastructure’ of our nation has also been cited as a possible reason, as older water systems, if not maintained properly, will become breeding grounds for legionella bacteria. Global climate change was also listed as a possibility, as rising temperatures can allow legionella bacteria to multiply, thereby increasing the chances of a person acquiring Legionnaires Disease. 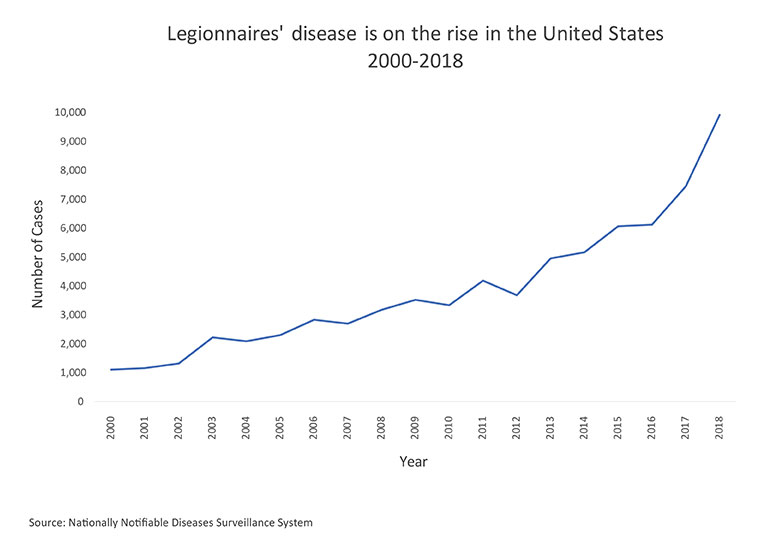 The Number of Reported Legionnaires’ Disease Cases Has Been Rising Over Past Decade was last modified: April 27th, 2017 by zacherlaw
Categories:
Tags: CDC, Legionella, Legionnaires' Disease