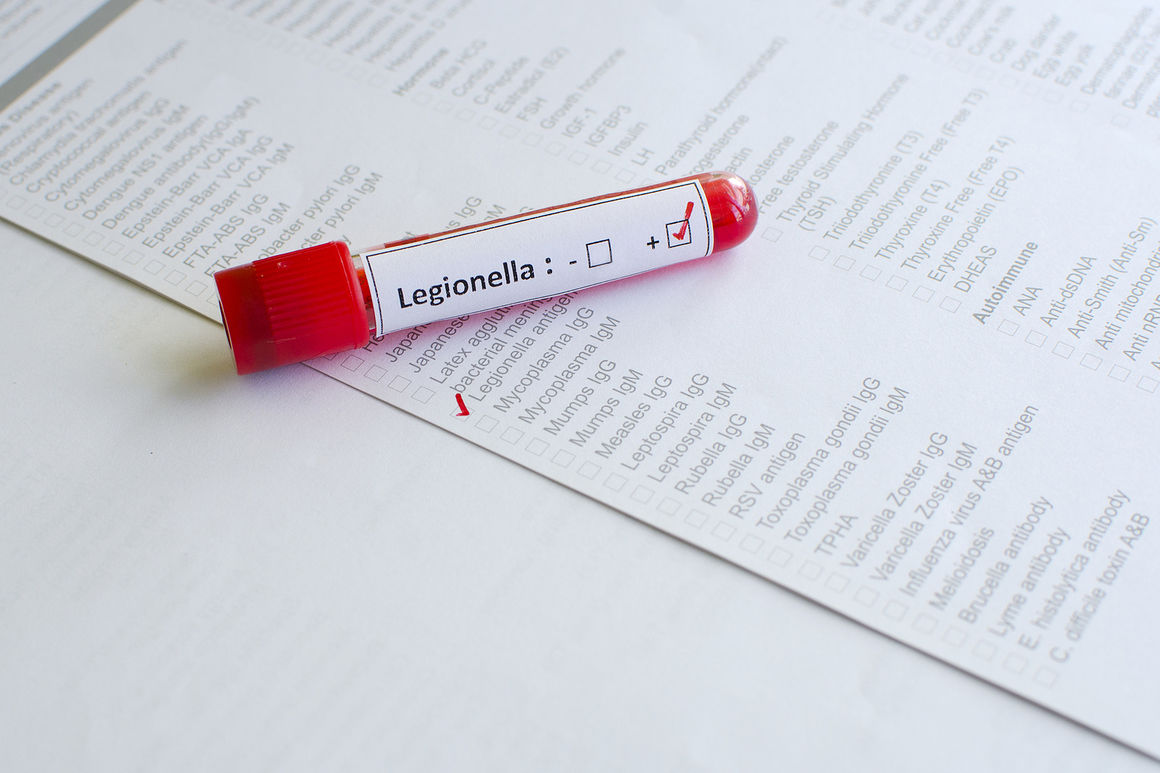 Legionnaires’ disease is the disease is caused by bacterium called Legionella, which is found most often in fresh water. Symptoms include pneumonia and, in some cases, the infection can be deadly.

He says the infection is not spread from person to person. Instead, you get it by inhaling the bacteria that’s been aerosolized, which means ultamicroscopic particles that are suspended in air or gas.

According to the Centers for Disease Control and Prevention, outbreaks are commonly associated with buildings or structures that have complex water systems, such as hotels and resorts, long-term care facilities, hospitals and cruise ships. The most likely sources of infection include water used for showering, hot tubs, decorative fountains and cooling towers (parts of centralized air-conditioning systems for large buildings).

In the summer months, the Legionella bacteria is more likely to be heated to conditions which favor its rapid growth. This, coupled with the fact that people enjoy recreation activities involving water during the summer season, increases the risk of legionella aerosolization and exposure.
Legionnaires’ Season was last modified: July 20th, 2017 by zacherlaw
Categories:
Tags: bacterial pneumonia, Legionnaires, Legionnaires' Disease, legionnaires' lawyer, legionnaires' pneumonia, legionnella