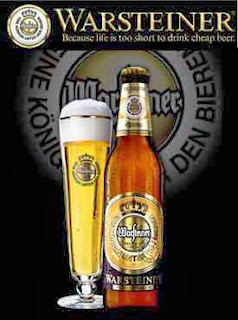 According to The Local, a German news source, it seems that a Legionnaires’ outbreak in western Germany has reached a well known brewery.  Legionella bacteria were found in the sewage system at the Warsteiner brewery after two samples were taken.  How the bacteria were spread to the brewery remains to be seen; it is possible that Legionella spread through the air or that the brewery’s water was contaminated.  Testing results are expected to be released sometime today.  An environment ministry spokesperson said that the beer was not affected by Legionella because it is produced in a sealed area where the water is heated to a temperature during the brewing that would kill any of the bacteria.